Lets take a look at another commonly used mic from helix, and run a few tests on it to see if we can make it behave like the sm57 in the previous post I wrote about using a split crossover block to mimic the axis rotation of a mic.

You can read it here:  https://gainstaginggeekery.com/2018/02/23/a-little-something-on-mic-distance-and-axis-with-an-sm57/ 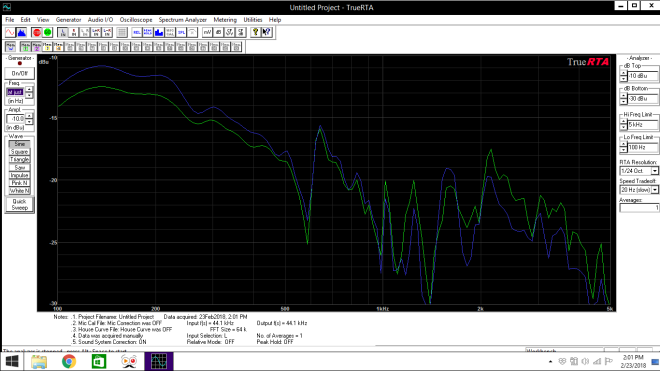 Here we have a Marshall cab and a 121 mic.  The green graph is with the mic on center on axis and on the grill cloth.  the blue graph is with the mic 33% off center, about 30 degrees off axis and still pressed up to the grill.  Now I this case its bass heavy, as is the case with most ribbon mics, and changing the position and axis makes it more so.  So maybe we had better go a different direction.  I generally like to pull ribbon mics back from the speaker a bit till they sound good, it helps tame that bass. But we already have the option to do that in helix.  So lets go ahead and try that split crossover trick we learned from Jason Sadites anyway and maybe we can flip it and use it to artificially brighten up an otherwise dark sounding mic. Full disclosure I already know it works great.  So looking closely at the graph we can see that the mic first crosses over at 600hz and last crosses at about 1khz with a small exception at about 1.7khz . So lets start with a crossover setting of 800hz, lets set a low boost at 1.5db and a high cut at 2.5 db. just to see if we can make them match. 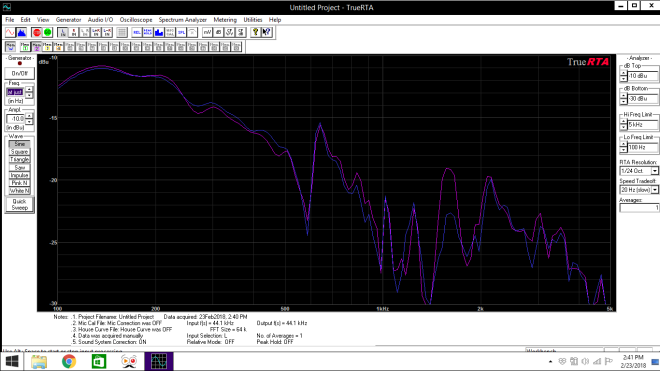 Pretty darn close, with the exception of that strange 1.7k anomaly that seems to show up in all the WoS mics I’ve tested so far.  ….Anyway. Adding bass isn’t really what I’m looking to do with this mic.  Id like to brighten it up a bit, maybe tame a bit of bottom end, but without changing the character of a 121 into something un-recognizable. So lets keep the same crossover point at 800hz, and lets reverse the gain blocks cutting bass and adding treble.  Its essentially turning the mic more on axis than 100% and only possible theoretically, or in modelers. 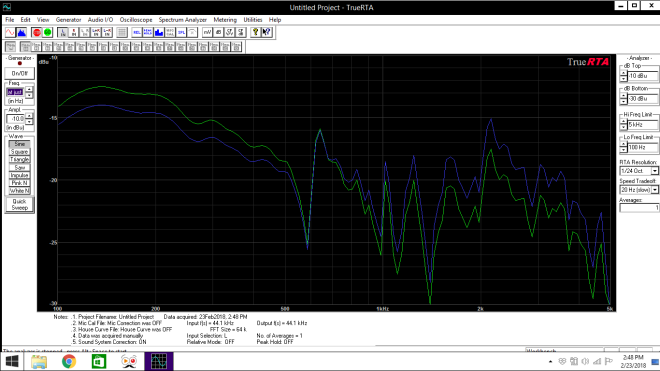 Now we get this,  On axis and in center in green, and our theoretical “more” on axis in blue.  We have maintained the character of the mic, and just dialed it more for our needs.

Play around with cutting more bass and adding more treble till it suits your needs.

And if you haven’t watched Jason’s video Here’s the link: